Romania’s Ambulance for Monuments won the Public Choice Award at the 2020 European Heritage Awards/Europa Nostra Awards, Europe’s top honour in the field. The project, launched in 2016 to rescue hundreds of heritage-listed buildings in Romania, received the largest number of votes cast via an online poll with the participation of over 12,000 citizens from all over Europe.

In a special message read during the European Heritage Awards Ceremony, Romanian president Klaus Iohannis warmly congratulated the team that initiated the Ambulance for Monuments project and thanked the public for their votes.

“I warmly congratulate the team that initiated this project. Due to their vision, through the involvement of young people, of the specialists, authorities, and sponsors, many monuments at risk have been saved during the five years since The Ambulance exists, thus testing the viability of a model of social cohesion emerging from cultural values and local identity,” Iohannis said.

Due to the safety precautions against COVID-19, the European Heritage Awards Ceremony was held entirely online for the very first time. During the online ceremony, representatives from the European Commission and Europa Nostra announced the three Grand Prix laureates and the Public Choice Award winner, selected from among this year’s 21 winning achievements from 15 European countries. The three winners of the 2020 Grand Prix are: the restoration of the Basilica of Santa Maria di Collemaggio, L’Aquila (Italy), the Tramontana Network III project (France, Italy, Poland, Portugal, and Spain), and the exhibition Auschwitz. Not long ago. Not far away (Poland/Spain). 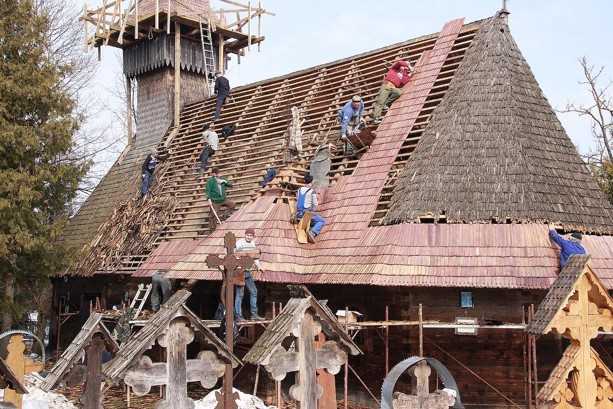