Promotion is the process of communicating the cultural organisation and its products to the Market. Its purpose is to promote the benefits and value of the organisation and its products to the target groups, in order to increase awareness and create interest, facilitate sales, expand and diversify attendance. It also creates in the public eye an enduring positive image for the organisation that can attract funders, advocates and supporters.

The four elements of Promotion. Graph by Maria Kouri

Advertising media for cultural organisations can be printed, electronic, or digital. They can be produced in-house (like programmes, guides, brochures, banners, etc.) or be produced in cooperation with production and advertising companies.

The choice of advertising media depends certainly on the target groups the organisation aims to reach, on the advertising capacities of the organisation but also on the available budget, since, for example, TV advertising is almost prohibitively expensive for non-profit organisations. However, since TV reaches larger audiences, some organisations seek communication sponsorship from TV channels, allowing them to present advertisements free of charge.

Have opened up a world of affordable advertising possibilities for cultural organisations, which exploit social media and webpages increasingly to reach larger audiences. 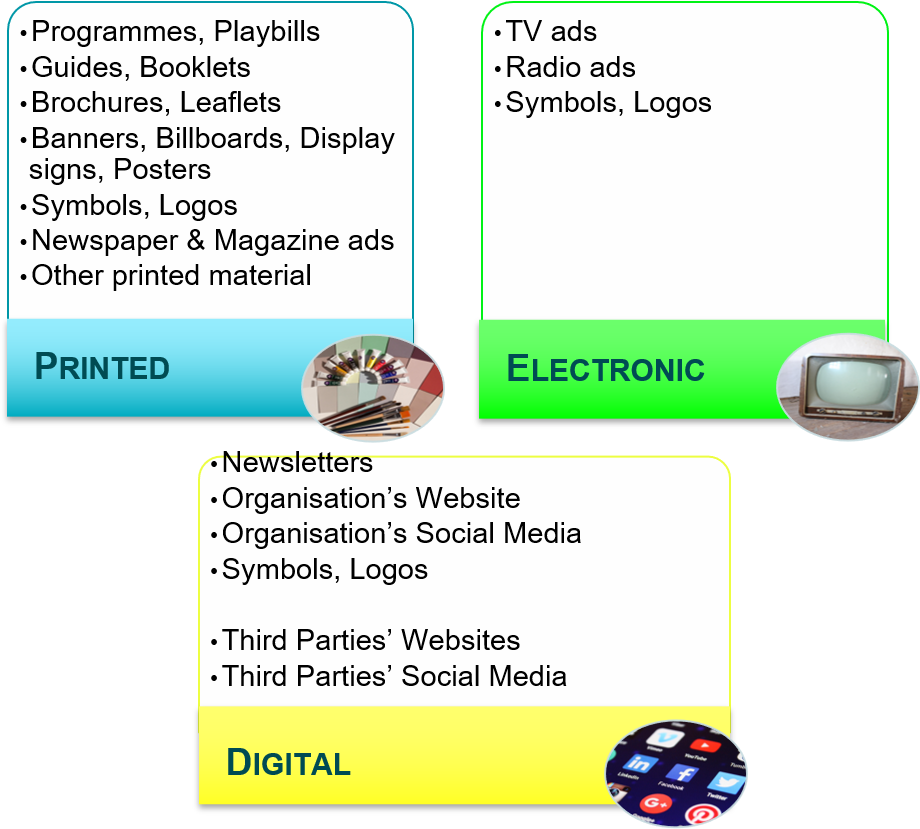 Cultural organisations opt for Personal Selling mainly to approach critical target groups, such as schools and other educational institutions, businesses, community groups or associations, etc. Accordingly, personal selling is more costly in terms of resources and time and its success depends on the “chemistry” and the trust levels between the representatives of the organisation and of the target group. On the other hand, it allows the communication of more complex and detailed information in more personalised, flexible and, thus, persuasive ways, and also the collection of the target group’s data and preferences. Sincerity, empathy, and trust are the keywords for success in personal selling.

Using sales promotion in the cultural sector is a bit different, as the core “product” is not always tangible, but focuses on the visitor’s total Experience, while it cannot easily be sampled prior to purchase. Open days, previews, virtual tours and audiovisual excerpts from museum collections, performances, programmes, and the organisation’s venues are some sampling possibilities

Moreover, organisations reward their loyal supporters by offering a wide range of membership premiums and benefits. Take a look at the membership benefits offered by the British Museum or the Metropolitan Opera.

PR is much less expensive than Advertising, since an organisation does not buy advertising slots or time to present its messages. Thus, contrary to Advertising, in PR an organisation does not have total control over the content, whether or how its messages will be communicated. However, if a cultural organisation earns the respect and attention of the media, it may gain much greater publicity and media exposure than it could pay for, and so reach greater numbers, including non-participants.

Accordingly, a cultural organisation needs to invest in PR systematically and include PR in its overall long-term communications strategy, to influence positively the public’s attitudes and shape an enduring positive image in the public eye. This can prove quite useful not only in attracting audiences, advocates and funders, but also in helping the organisation land more softly when hit by a crisis, caused, for example, by accusations of mismanagement, complaints regarding contested cultural content, mistakes in overbooking, pandemics, or funding cuts. 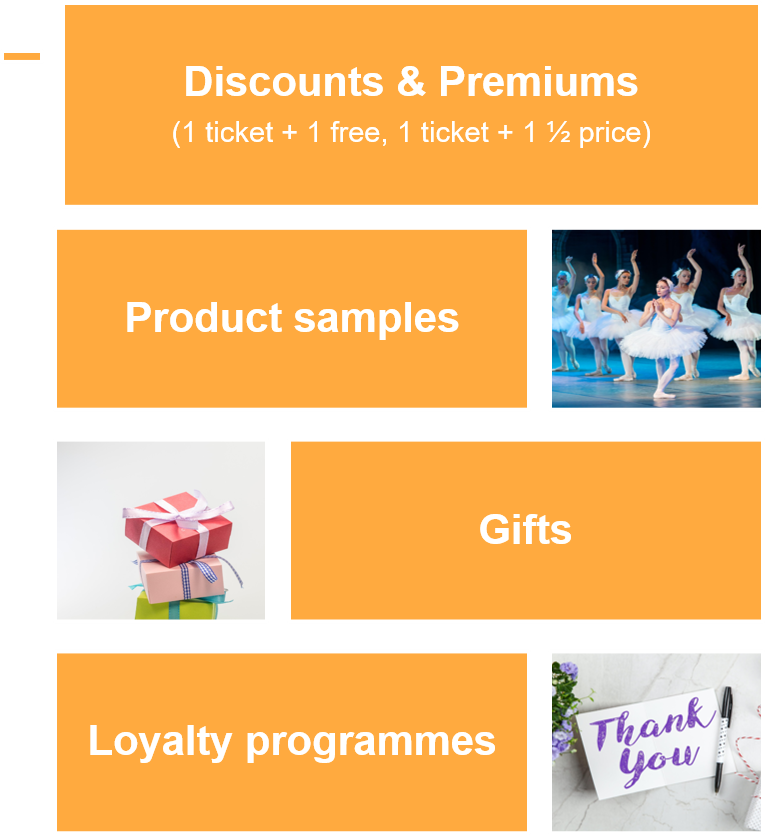 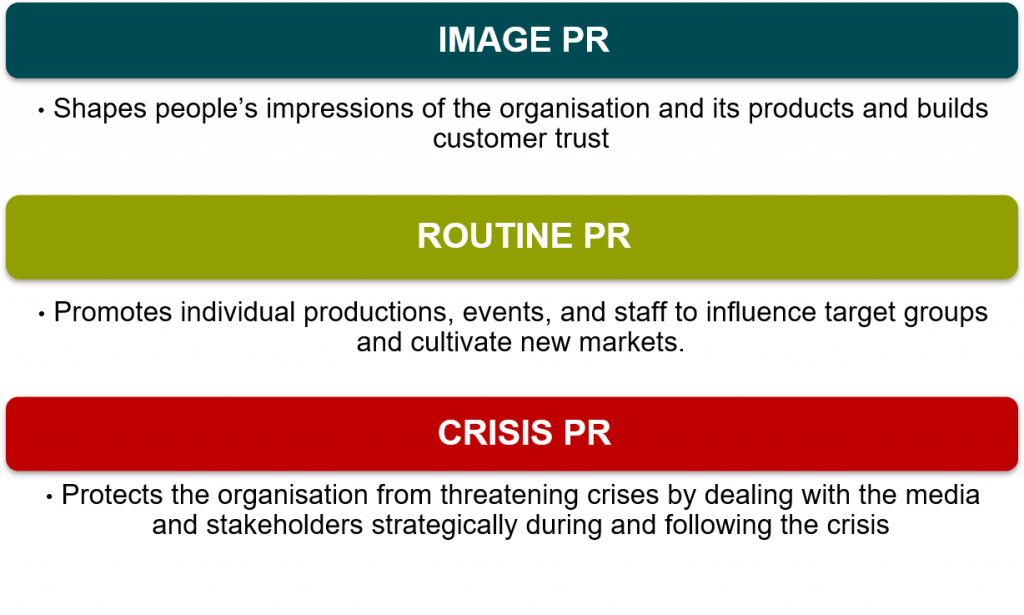 Previous Topic
Back to Lesson
Next Topic
Cubesproject